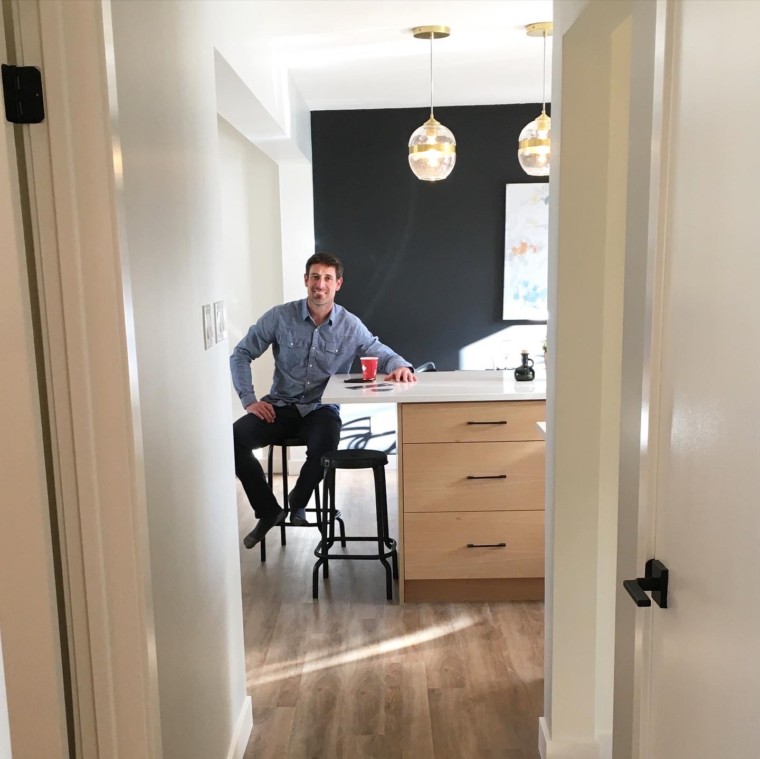 I started in the construction industry as a young boy working for my dad building commercial buildings, which eventually turned into my first job during the summers and weekends. At this time in my life, I said to myself “I’m never working in construction when I grow up!”; as the youngest guy on the crew I was often stuck behind a shovel, jackhammer or broom and was on the receiving end of numerous pranks. By the end of high school, I was the designated skid-steer operator and was often in charge of small projects. Determined to get away from grunt labour and get a job in a fancy office somewhere, I took 4 years of post-secondary which landed me a job with an advertising firm doing accounts payable. After six months in an office, I realized my true calling was construction.

I landed a job at a major home builder in Edmonton and quickly became site superintendent at age 22. I always knew I wanted to start my own company and saw an opportunity in decking. In 2002 I started a successful decking and fencing company, TDK Decking, servicing new home builders in the Edmonton area. I started building a few homes during this time, namely my own and a good friend’s, and realized that custom home building was my passion after all. I officially started TDK Custom Homes in 2005, which was rebranded to TurnKey Homes in 2018.

During my free time, my passion is my family. I have a son named Carter, a daughter Haley and a stepson Beckett. My wife Kim and I try to do as many family-friendly sports with the kids as possible such as downhill mountain biking, watersports, dirt biking, and downhill skiing to name a few. We spend a lot of time in Fernie and at Jackfish lake. You may also see me ripping through the Edmonton river valley bike trails when I have some free time.

Meeting new customers and learning their wishes is what I thrive for. Walking through acreage lots filled with thistles and a ton of potential and exploring to find the perfect building site is one of the first things I like to be involved in through the building process.